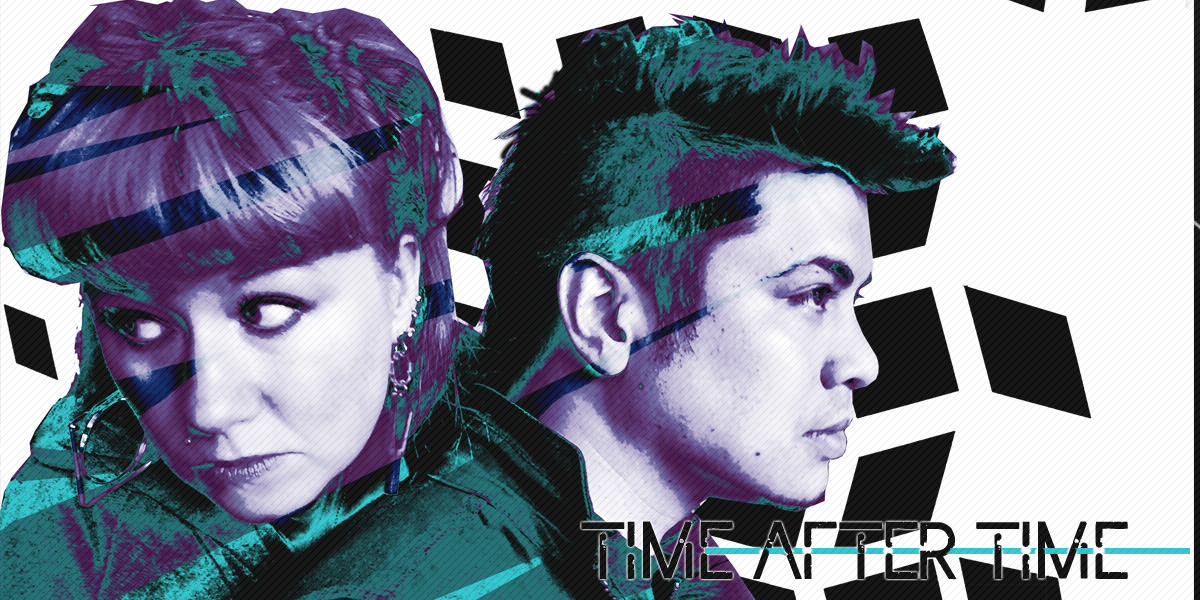 Well I can tell you the good thing about being stuck in doors during this global pandemic is that you do have time to try some of the sillier ideas on your mind. Common down the rabbit with me!

TIME AFTER TIME: First up we have a dark retro synth wave version of Cyndi Lauper's song in a duet with StayC Meyer from Death by Overkill & Furniture Girls.   I had considered releasing this song properly but decided to just go release it as a for-fun thing.  I've been really drawn towards dubstep and heavy modern synth (in the vein of Stranger Things) lately so here's an attempt at digging into it.  You'll probably see more of this popping up in my repertoire.

FALLING SLOWLY:   This was a really pretty song from the Irish band The Swell Season.  They made a great artsy film called "Once" and this was their title track.  "What's that strange keyboard thing?"  That my dear, is a melodica, that StayC uses in Death by Overkill.

I RAN:  Andreka joins Stayc and I to try the Flock of Seagulls song.  The small instruments StayC and Andreka are playing are called kalimbas.  Andreka used a pill bottle to help keep time.  It was pretty hilarious that by the end of it all the pills were pretty much turned to powder.  Ironically, those were back pain meds that would've been really useful since being stuck in quarantine, my usual trek to the gym has been disrupted and my back is really acting up.  #ArtIsPain    I was playing a cigar box ukelele that my buddy Sean Fairchild made.  Huge thank you my brutha!